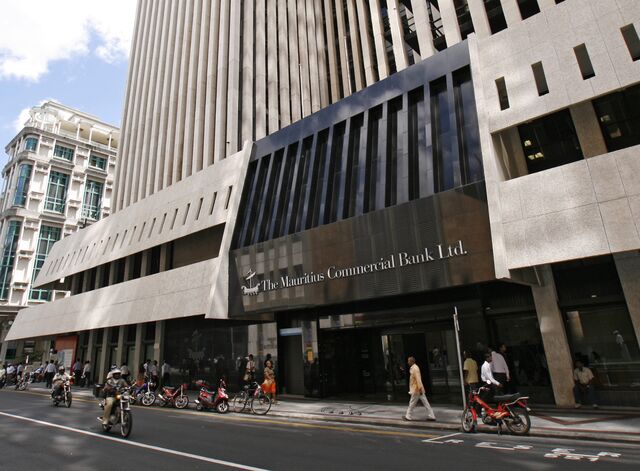 Shares of Mauritius Commercial Bank (MCB), the largest company by market value on the nation’s Semdex Index , have dropped 7 percent since April last year and recorded their third quarter of declines in the three months through March.

A selloff that made Mauritius equities the worst performers in Africa this year risks deepening as a probe into an alleged Ponzi scheme involving one of the Indian Ocean island’s banks and insurers damp investor sentiment.

“The overall sentiment is more on the downside,” Melvyn Chung Kai To, a trader at AXYS Stockbroking Ltd., one of the country’s largest brokerages, said in e-mailed comments on April 15 from the capital, Port Louis. “It’s a hit for our financial services industry. A bank went bust and the largest life insurer is also out.”

The regulator revoked the license of British-American Investment Co.’s Bramer Banking Corp. on April 2 and placed its insurance unit BAI Co. into administration, with Prime Minister Anerood Jugnauth saying there is evidence of links to a $690 million Ponzi scheme and that the lender risked depositors’ funds.

The events threaten to undermine efforts by Mauritius to position itself as a regional hub for financial services. The industry contributes about 10 percent to the island nation’s $11.9 billion gross domestic product, according to the African Development Bank.

The Stock Exchange of Mauritius’s benchmark Semdex Index has dropped for a record six straight months and is down 6.2 percent this year, the most of 14 main sub-Saharan African gauges tracked by Bloomberg. The rupee retreated 12 percent this year against the dollar, the worst performer on the continent after Ghana’s cedi and the Zambian kwacha, as foreign investors sold bank stocks and a weak euro hurt exports to the nation’s key trading partners.

The Financial Services Commission declined to comment beyond statements published on their website this month when it suspended licenses and appointed conservators and administrators for BAI Co. and Bramer Asset Management Ltd., companies owned by Bramer parent British American Investment Co.

Bank of Mauritius Governor Ramesh Basant Roi was attending International Monetary Fund and World Bank meetings in Washington and couldn’t immediately respond to questions, according to a person who answered the phone in his office on April 17. Calls to British American Investment weren’t answered.

Growth on the sugar-producing island is projected at 3.5 percent this year, slower than the sub-Saharan African average of 4.5 percent, according to the IMF. Global prices for the sweetener are down 23 percent in the past 12 months.

The rupee’s slide against the dollar, while staying stable against the euro, is weighing on the Mauritian economy, said Hanns Spangenberg, an analyst at NKC Independent Economists in Paarl, South Africa.

“Most exports are directed toward the euro zone,” he said by e-mail on April 10. “Imports are denominated in dollars, making imports more expensive.”

Foreign investors sold off the largest banks as the rupee began depreciating at the end of last year and as an opposition alliance won in parliamentary elections in December. That same month, Prime Minister Jugnauth fired central bank Governor Rundheersing Bheenick and Second Deputy Governor Mohamad Issa Soormally, while appointing Roi, who was governor from 1998 to 2006, to lead the regulator.

MCB Group Ltd., the largest company by market value on the Semdex and operator of Mauritius Commercial Bank, dropped 7.9 percent over the past 12 months to 199 rupees on Monday. The second-biggest company, SBM Holdings Ltd., which operates the State Bank of Mauritius, fell 14 percent since it began trading in October to 0.92 rupees.

While the main gauge retreated to the lowest since September 2013 last week, its relative-strength index and Bollinger bands pushed into territory that indicates to some investors the security is oversold and may be poised to gain. The rupee strengthened 0.2 percent to 36.0625 per dollar as of 2:36 p.m. in Port Louis.

With economic growth in the euro region set for the fastest pace since 2011, tourist arrivals rose 11 percent in the first quarter.

“Tourism seems to be picking up sharply, especially from Europe, which still contributes the majority of tourists,” Ronak Gadhia, a research analyst at Exotix Partners LLP who covers SBM and MCB, said by phone from London on April 13.

The probe follows announcements last month that Mauritius’s Financial Services Commission suspended the licenses of three mutual funds and placed the companies into administration as part of a probe involving regulators in South Africa and Guernsey.

Weakness in the nation’s stock market is being caused by foreigners selling out, said Chung Kai To of AXYS.

“If we add a weak Mauritius rupee against the dollar, it’s affecting portfolios of dollar-denominated foreign funds,” he said. “The whole Bramer/BAI situation is definitely not helping.”